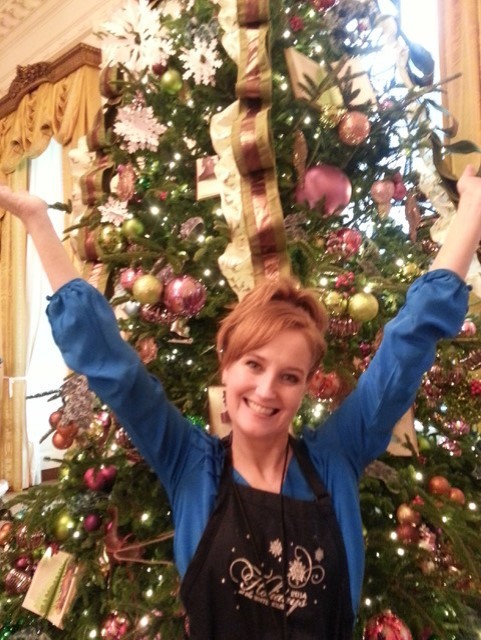 Coleen Christian Burke will share the magic of White House Christmas decorating from Jackie Kennedy thru Melania Trump. Come see our First Families, in both public and private moments, as they celebrated the most wonderful time of the year in the most famous home in America, the White House.

Coleen Christian Burke is an award-winning designer and author of Christmas with the First Ladies. Coleen has had the three-time honor of being on the White House Holiday Decorating Team, having served First Ladies Laura Bush and Michelle Obama. In 2014, Coleen served as a White House Design Partner and began planning the White House Christmas Décor in February!

The Coleen Christian Burke First Ladies Collection by Fitz & Floyd premiered in 2017, and features ornaments and holiday tableware inspired by First Ladies Jackie Kennedy and Nancy Reagan. In 2018, Coleen’s collection won a coveted ICON Award, the Design Industry’s mark of excellence. A lifestyle expert, Coleen has made over 40 national TV appearances, including Good Morning America, the CBS Morning Show, CNN and Fox & Friends. Coleen is considered a foremost White House Historian, and is a frequent lecturer at The Smithsonian. Her books will be sold and signed at the event.

Coleen Christian Burke is a longtime resident of Bucks County.