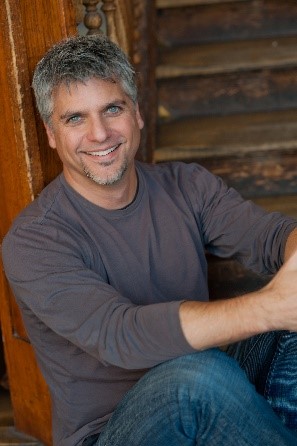 “The Art of Racing in the Rain”

Join Friends of the Library in welcoming Garth Stein, bestselling Author of The Art of Racing in the Rain, the story of a beloved philosopher dog named Enzo who teaches us everything we need to know about being human. Garth’s book became a major motion picture starring Kevin Costner, Milo Ventimiglia, and Amanda Seyfried during the summer of 2019. The book was inspired by Stein’s own experiences. In 2001, Stein became involved in "high performance driver education,” and received his racing license with the Sports Car Club of America (SCCA). He won the points championship in the Northwest Region Spec Miata class and left racing after a serious crash— while racing in the rain. A young reader edition of The Art of Racing in the Rain was also written as well as four children’s picture books featuring Enzo, and a stage adaptation by Book-It Repertory Theater in Seattle.

Stein is also the author of three other novels: A Sudden Light, How Evan Broke His Head and Other Secrets, and Raven Stole the Moon. He has a new book coming out in July 2020 called The Cloven. It is a graphic novel he has written with Matthew Southworth (Stumptown)and is the first in a series. Garth will discuss his experiences and books. A question and answer session will follow the presentation. Garth’s books (including his children’s books) will be sold and signed at the event.