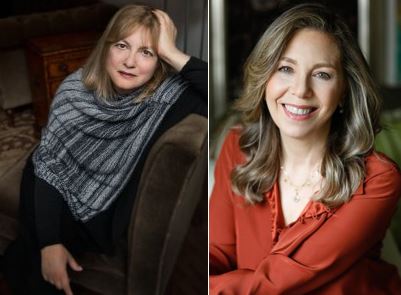 Alice Hoffman was born in New York City on March 16, 1952 and grew up on Long Island. She received a Mirrellees Fellowship to the Stanford University Creative Writing Center, which she attended in 1973 and 74, receiving an MA in creative writing. She currently lives in Boston.
Hoffman’s first novel, Property Of, was written at the age of twenty-one, while she was studying at Stanford, and published shortly thereafter. Since that remarkable beginning, Alice has authored, The Dovekeepers, The Marriage of Opposites, Faithful, The Museum of Extraordinary Things, Practical Magic, Here on Earth (an Oprah Book Club selection), and many other titles. Hoffman is also a beloved young adult author whose titles include The Green Witch, Incantation, and Nightbird. Several of her books have been adapted for the screen, including Practical Magic, Aquamarine, and The Dovekeepers.
Hoffman’s work has been published in more than twenty translations and more than one hundred foreign editions. Her novels have received mention as notable books of the year by The New York Times, Entertainment Weekly, The Los Angeles Times, Library Journal, and People Magazine.
Lisa Hoffman, (cousin to Alice Hoffman), is a knitwear designer and knitting teacher, who lives in New York City with her husband, Andrew. She has three grown children living near and far. Lisa’s designs have been published in Vogue knitting, Interweave Knits and Knitwear Magazines. She has designed projects for Artyarns, Be Sweet, Blue Sky Alpaca, Long Island Livestock, Tahki Stacy Charles and Vijay Fibers.
She has projects published in books including Alice Hoffman’s Survival Lessons, Vogue Knitting: Mittens and Gloves, Iris Schreier’s One + One series, and 60 Quick Baby Blankets, among others. She has original patterns for sale on her Ravelry.com site Lisa Hoffman Knitting. She currently works and teaches knitting classes in New York City.
On September 25, 2018 Alice Hoffman and master knitter Lisa Hoffman have a new book due out called, Faerie Knitting, a magical melding of words and yarn where the ordinary is turned into the extraordinary and where imagination becomes creation. Faerie Knitting, is an entrancing collection of stories of love and loss, trust and perseverance.
Books by both authors will be sold and signed at the event.